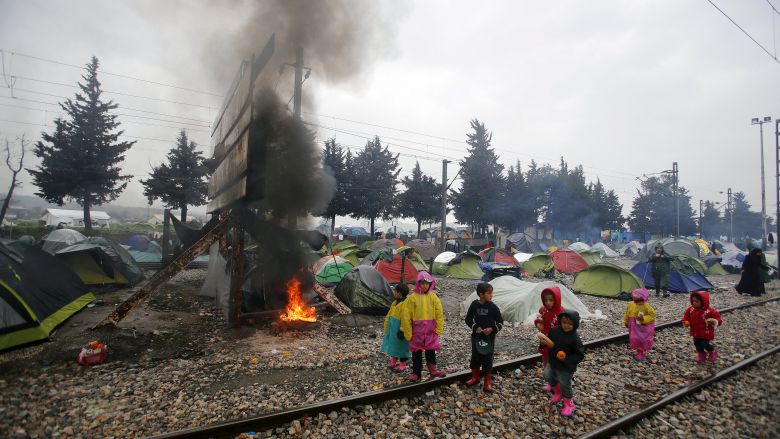 “The new analysis …(confirms) 2015 was a disastrous year for children who had their education disrupted by wars and natural disasters,” said Susan Nicolai, head of development progress at the London-based think tank Overseas Development Institute.

“World leaders need to urgently guarantee that there isn’t a future humanitarian emergency response where education isn’t seen as critical,” said Nicolai, whose institute’s research produced the 80 million figure featured in the report.

“Without this we will continue to see short-term crises result in multi-generational disasters,” she added.

Schools help new generations develop the skills they need to build their lives and their countries, and also offer a safe place to learn and play which in turn can help children deal with trauma in the aftermath of a crisis, Theirworld said.

Education during emergencies also protects children from exploitation and poverty, it said. “Out-of-school children are at greater risk of being coerced or exploited by extremists, traffickers and criminals,” it added.

Theirworld was set up by Sarah Brown, wife of former British Prime Minister Gordon Brown, and launched a global education campaign in 2013.

Although the number of children affected by crises is rising, humanitarian aid for education has almost halved since 2010, leaving an annual funding shortfall of $9 billion, the charity said.

The report looked at funding in 28 countries hit by emergencies, including natural disasters, conflicts or health crises like the Ebola outbreak.

“In the face of increasing needs and the immense cost of not investing today, it is shocking that less than 2 percent of all humanitarian aid goes to education,” said Tom Fletcher, global strategy advisor at Theirworld.

“Humanitarian aid must provide children with a safe school, a future and hope,” he added.

U.N. Special Envoy for Global Education Gordon Brown and others, including the U.N. children’s agency (UNICEF), are calling on world leaders to set up a multi-million dollar humanitarian fund for education in emergencies, that can be mobilised quickly when needed.

The leaders are meeting for the first ever World Humanitarian Summit in Istanbul in May.

The report’s funding data was drawn from the U.N. Office for the Coordination of Humanitarian Affairs Financial Tracking Service, which monitors all humanitarian aid.