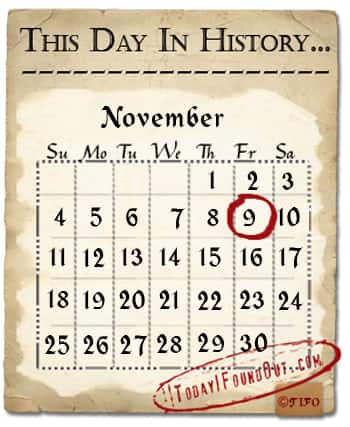 This Week in History: November 9 – November 13

November 12, 1996: Charkhi Dadri Mid-Air Collision
The Charkhi Dadri incident is considered the deadliest mid-air collision to date. A Saudi Arabian Airlines Boeing 747 en route from Delhi to Dhahran, and a Kazakh Ilyushin Il-76 cargo en route from Chimkent to Delhi collided mid-air near New Dekhi, killing 349 people. The Saudi Flight 763 was leaving New Delhi at about 6:30 PM, the while Kazak Flight 1907 was descending to land at the same airport. These flights were being controlled by the Air Traffic Controller VK Dutta. Flight 1907 was cleared to move to 15,000 feet when they were 74 miles out while Flight 763 was traveling on the same airway. However, they were coming from the opposite direction and were cleared to climb to 14,000 feet. Around 6:40 PM, Flight 1907 reported reaching its assigned altitude of 15,000 feet but it was actually lower at approximately 14,500 feet and still descending. At this time, ATC Dutta warned them that the Saudi plane would be passing the Kazakh aircraft and have to be on the lookout. However, the airplanes had no radar and relied on Dutta to apprise them of their position in the air. When Dutta called Flight 1907 again, he received no reply. He warned of the other flight’s distance but it was too late. The tail of Flight 1907 cut through Flight 763’s left wing and horizontal stabilizer, crippling the Saudi flight which quickly lost control and rapidly descended in a spiral motion, before hitting the ground. All 312 people on board the Saudi flight, and all 37 people on the Kazakh flight were killed.

November 12, 1997: Ramzi Yousef Found Guilty of Masterminding 1993 World Trade Center Bombings
Ramzi Yousef is largely known as the mastermind of the February 1993 World Trade Center bombing, in which a car bomb was detonated below Tower 1 of the WTC in New York City. The bomb was meant to knock out the Northern Tower (Tower 1) into the South Tower to bring both down and kill thousands. However, it failed to do so and ended up killing six civilians and injuring 1,042 people, firefighters and police officers. In a letter, Yousef stated that he carried out the attack in response to the American political, economic and military support to Israel and to the rest of the dictator countries in the region. In 1995, he was arrested by Pakistan’s intelligence agency ISI and U.S. Diplomatic Security Service at a guest house in Islamabad, while trying to set a bomb in a baby doll. He was then extradited to the U.S., where he and his two co-conspirators were slapped with two life imprisonment sentences.
November 14, 1914: Ottoman Empire Declares Holy War
In Constantinople, the highest religious authority of the Ottoman caliphate, led by Sheikh Ul Islam, declared holy war on behalf of the Ottoman government. He issued five fatwas (religious rulings), calling upon Muslims to take up arms against Britain, France, Russia, Serbia and Montenegro in World War 1. In the summer of 1914, the Ottoman Empire was faltering, having lost its once large territory in Europe with defeat in the First Balkan War two years earlier. Seeking to safeguard the empire against future loss, Ottoman leaders responded favorably to overtures made by Germany in August 1914. Though the Turks and Germans had secretly formed an alliance earlier, Turkey did not officially participate in the war until several months later. On October 29, the Ottoman Navy and two German ships attacked Russian ports in the Black Sea, marking the beginning of Turkey’s participation in the war. Ottoman clerics used religion as a rhetoric and called upon Muslims all over the world, including in allied countries—to rise up and defend the Ottoman Empire, thus marking Turkey’s entry into World War 1. 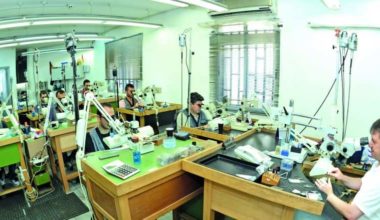 Read More
The United Arab Emirates (UAE) was the top importer of Lebanese jewelry with about $26.96 million worth of products,…