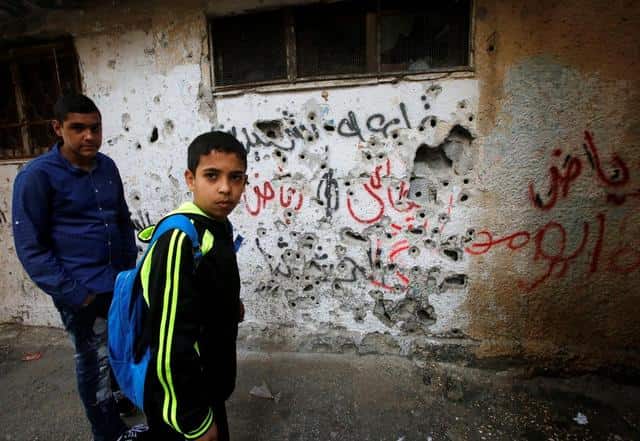 The heavily armed force came before dawn on Monday, hunting for a handful of locals they say are criminals and thugs. For six hours the gunfire raged, shattering windows and piercing metal, before the security squad withdrew, empty handed.

Two days on, one of the men sought that night walks brazenly down the main street, past the meat hanging outside the butcher’s shop and the fresh, warm pita from the bakery oven, proud that the camp stood firm and repelled the assault.

“Balata is a fortress,” 31-year-old Khattam Abu Rezak told Reuters, dragging on a cigarette as he sat in the sparsely furnished front room of a friend’s rundown house, the curtains firmly drawn, a fading portrait of Yasser Arafat on the wall.

“We don’t let the Palestinian Authority in because they will take us, torture us,” he said, referring to the administration run by President Mahmoud Abbas that has limited self-rule in the Israeli occupied West Bank. “We are not criminals. The youth of Balata are angry because they are not being listened to. We want dignity, we want better lives.”

To an increasingly large extent, the future of Palestinian politics and the fate of Abbas, now 81 and in power for 11 years, are being forged in Balata, a heartland of both the first and second Palestinian uprisings against Israeli occupation.

The camp of nearly 30,000 people, all refugees or descendants of refugees from the 1948 war that followed Israel’s founding, is one of the most destitute places in the West Bank. Over the decades, through intifadas and Israeli security clampdowns, the population has grown ever angrier and more marginalised, its struggle to escape poverty ever harder.

During Arafat’s time that frustration was directed squarely at Israel, with Balata’s young men willing recruits to the Al-Aqsa Martyrs’ Brigade, the armed wing of the Fatah Party that Abbas now heads. These days most of the wrath is aimed at Abbas himself and his failure to keep his promises.

Until Arafat’s death in 2004, and in the early years of Abbas’s rule, Fatah remained a tightly unified party, the overwhelming force in Palestinian politics. But in recent years, as discontent has grown with the leadership’s failure to deliver an independent Palestinian state, competing factions have emerged.

Among Abbas’s biggest rivals is Mohammed Dahlan, 55, a former Fatah security chief who lives in self-imposed exile in Abu Dhabi.

Born in a camp in Gaza, Dahlan has always courted support among the refugees. But in Balata he has a particularly strong base, helped by charitable donations he makes and the support, residents say, of a powerful local politician, Jamal Tirawi.

Abu Rezak, the wanted local gunman, doesn’t namecheck Dahlan so much as Tirawi, seeing him as a grassroots Fatah figure “with initiative, someone we can trust”. Abbas, on the other hand, has lost any sense of how the camps are feeling, he says.

“The president hasn’t visited even once,” said Abu Rezak. “He’s getting the wrong information about us, he doesn’t understand. If he bothered to send a delegation even once…”

Asked why the Palestinian Authority was sending crack troops to try to seize him and others if they were not criminals, Abu Rezak cracked a half smile: “Because they consider us Dahlan people,” he said. “Abbas hates Dahlan even more than Israel.”

The tensions in Balata and other West Bank refugee camps are bubbling to the surface now because at the end of the month Fatah will hold a party congress, its first since 2009, to elect a new central committee and leadership council.

Dahlan and the leaders of other factions see it as an opportunity to consolidate their power within the party, but Abbas is manoeuvring to lock them out and shore up his own support, Fatah officials and political analysts say.

“A lot of people who have a relationship with Dahlan are trying to show that there is a struggle with Abbas,” said Tayseer Naserallah, a Fatah member and political coordinator in the refugee camp. “The struggle between Abbas and Dahlan is taking place in the field of Balata – it is a barometer for the Palestinian political situation.”

The concern for observers – whether the United Nations, Western and Arab donors, or Israel as the occupier for nearly 50 years – is that conflict within Fatah will turn to violence, with the refugee camps providing the tinder.

There are 19 camps across the West Bank, with a total of 740,000 registered refugees. Last week, leaders from several of them met at Amari camp in Ramallah, the de facto Palestinian capital, to discuss their options. Tirawi was among them.

Nickolay Mladenov, the UN special coordinator for the Middle East peace process, visited Nablus, where Balata is located, on Tuesday and came away worried by the burgeoning social and economic problems and the potential for political fallout.

“We are concerned about the developments in the refugee camps, where tension is rising,” he said, highlighting the need for unity in Palestinian politics, engagement from Israel on peace and restraint from Palestinian security forces.

“Given the socio-economic despair and the availability of lethal arms, there is real potential for these divisions to escalate – including into violence.” 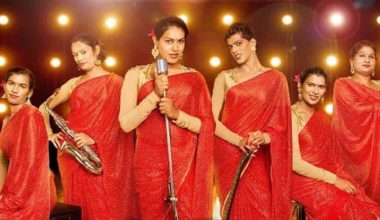 Read More
MUMBAI, July 13 – Transgender people in India have traditionally been an invisible minority in India, seen only at…
WWorld 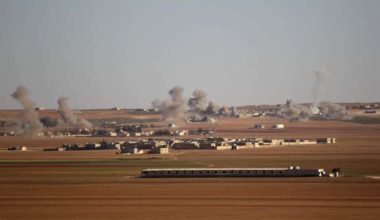